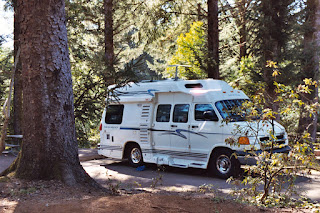 When the end came for my mighty iron friend, it was over in a few ticks of the clock. A lonely flat, straight, two-lane road, short of the North Dakota border at mile marker 103 on U.S. 12 North, just south of Big Thunder, SD at seven o’clock in the morning making for Great Falls Montana.


The signs said “Sharp Drop” and “Soft Shoulder.” The right front wheel went over the drop and onto that shoulder sodden with rain (with an assist from me) and we never achieved pavement again. We traveled through some long grass to a culvert and she stopped and lay down. now done.

Juan and I remained relatively unscathed, I left for a hospital emergency room in Hettinger, North Dakota, while Juan remained to stand guard. He was upright and watching only a few feet away I was told, when they came to take her away. After a body scan and more x-rays than need be recounted, the doctor told me--as they had Yogi Berra after x-rays of his  head, “They didn’t find nothin'.” I am home now, this time by air after a few days of mopping up.

My brave companion, transportation, and shelter for the past 11 years remains in the salvage yard in a speck of a town called Reva, between Bison and Buffalo South Dakota. She will be valued and hauled away. I visited her briefly to remove belongings and found Juan a wonderful new home watching over the house and garden of the salvage man, his wife and child, their pet goat and pot-bellied pig, and lovely Arabian horse. He is happy in his new life.

We shall see if there are to be further travels of Reamus. First we will sort the detritus recovered, thank our personal god that our companion protected us so well, and leave decisions for another day.

Thanks for riding along all these years.

The foreign travel is over for the year, partially because of the stationary weather front that simply would not leave the border area. If I remained further north it was warmer and sunnier. I decided that Duluth was just a bridge to far and came out just north of Thief River Falls and east of Bemidji, the rain followed the next day and the cold the day after that.
Thief River Falls is on the Red Lake River at the confluence of the Thief River. It was established in 1887, was a hub for the “Soo” railroad, is sometimes known as simply TRF and is actually more charming than its name. It has, as with all the towns up here a complicated history of Indian habitation with the Dakotas and the Ojibwe being the predominant tribes. There was once a reservation there with the odious name of “The Moose Dung Reservation” that finally was merged with the Red Lake Reservation once some semblance of peace was established between the two tribes.
Like many towns large and small Middle America, it has a city park that incorporates a campground. The “tender” of the one in TRF told me that it is an old tradition when state parks, propriety RV parks and Interstates were not common. Some are more elaborate than others, the smaller ones simply offering a shady spot off the highway to park for the night. They are tended by volunteers or city employees who take great pride in them. Oddly they are rarely abused by the grateful users. The one in Thief River Falls is excellent. There are twenty campsites in a capacious park along the Red Lake River that offer free Wi-Fi and cable as well as electricity and water for a mere twenty American dollars. After the prices experienced in Canada, even at the Provincial Parks it was a real bargain. I stopped for fuel on Saturday and asked a man in line if there was a campground nearby and he proudly told me of it and how to find it and said he hoped I’d like it.
It was a nice welcome back present even if the foul weather did find me the next day. Lots of people came by to stare at the California plates and start a conversation. Nearly all these start in the same way:
“Long way from home!”
“Yes sir/ma’am.”
“Where you headed?”
“Oh, not sure. East for now.”
And it goes on from there usually including the fact that someone in their family or they know lives within a twenty mile radius of my house. They want to tell me all about their trip to Disneyland and perhaps the San Diego Zoo and tend to ignore anything I ask about the local area or wave a hand indicating that it isn’t worth talking about. Occasionally, and I relish these occasions, I get a local who is a bit of an historian who will tell me all about the place. I found these types far more common in Canada. Taciturn is a word I often use to describe Canadians. They are not all that way but have always seemed more relaxed than we are on previous trips.
This time I sense things have changed. The oils sands discovery in Alberta and its huge industrial impact on the whole Province and the rest of the country changed the place. It is expensive to live there and the people are at least in the cities in more of a hurry. Several of my native campground acquaintances found my perception right and didn’t seem comfortable about it.
So Reamus has made the U-turn to the west now. Home is still a few weeks away, but the journey feels half over in that way when you begin passing through states you have been in earlier. Minnesota was a state I spent nearly a month in a year or two ago and is familiar. From the lovely college town of Bemidji on the lake, the only lake north of its’ source that the Mississippi River flows through, we are now back in rural America stopping at Pipestone in the far eastern, prairie side of the state. It rained overnight but clears to a breezy and pleasant afternoon. Next will be northern South Dakota, pausing only to revisit a state recreation area along the Missouri River familiar from an earlier journey along the Lewis and Clark Trail. Then back to Montana to visit a monument to Sitting Bull near Billings I have somehow missed. The way home includes a trip down U. S. 395 a once iconic route through Alturas and Susanville in California’s far eastern corner, the only part of the state I‘ve never been in before. It is still a long way. There will be more to see and share.
Until then.
Posted by Reamus at 3:26 PM 4 comments: